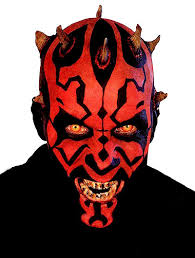 SREmu are proud to announce that on 4th August 2017 at 11am GMT the Beta testing phase will stop for our Server Alderaan and we will be taking the server offline and all accounts and characters will be wiped from the database.

When the server comes back online later on in the day 4th August 2017, we will be going "Live" and have no plans to wipe the server again ever.

We will be turning on Double XP from Friday 4th August 2017 until Tuesday 8th August 2017 so that the first players on the server can help us setup the economy and jumpstart there characters.

Come join SREmu New Alderaan Server and have a fresh start in the galaxy with the chance to set down your home in that perfect spot you always wanted and to be one of the first players on the server.

We have 9 new exciting planets for you to explore and lots of new content to keep you busy, with many more features and content to come you won't go wrong by joining our server.

Spread the word folks and bring your family, friends and guild to join us.
Top
Post Reply
1 post • Page 1 of 1